Restaurants are reducing their menus, and retail is learning to work without cash registers. How business adapts to life without light 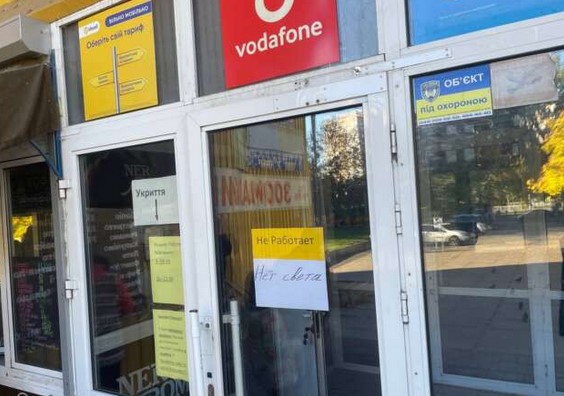 Regular blackouts forced businesses to adapt to work “in the dark”. Restaurants are cutting back menus and cooking on coal, retailers are learning to operate without cash registers, and shopping centers are noting the influx of visitors and scrambling for generators that are already in short supply.

One of the main problems that every Ukrainian faces today when there is no electricity is the impossibility of purchasing even basic necessities. As the experience of the first two weeks of regular outages showed, even in Kyiv, many retail chains simply stop working. Some work for entry only. For example, as UBR.ua was told in one of the capital’s “Silpo” supermarkets, the existing generators allow cash registers to work only for a short time.

“That’s why we serve everyone who is in the store, but we don’t let new customers in until the electricity supply is restored,” Silpo explained to us.

In ATB supermarkets, many of which also do not work during blackouts, they say that in the event of a complete blackout of office premises or store premises of the ATB network, they already have 60 stationary diesel generator stations.

“More than 300 units have been purchased and will be installed at the facilities in the near future. Such generators are able to fully ensure the operation of a store or office in the event of a complete power outage,” Serhiy Demchenko, head of corporate communications at ATB, is quoted as saying in the Retailers Association of Ukraine (RAU).

They leave the most necessary

However, there are those who continue to work even without light. For example, generators have been installed in “Auchan”, and the work of supermarkets does not stop.

However, as RAU points out, even if there are generators in trading networks, electricity is spent only on the most necessary: ​​backup lighting in the trading hall, electronic scales and a server for exchanging information. While all energy-intensive processes, for example, baking, the work of the cooking department or coffee machines are turned off.

Also, all perishable products are transferred from refrigerators in the sales hall to freezers, where the product can retain its qualities longer. That is why you can often see empty refrigerators in stores today.

In addition, the Association of Retailers notes that the situation with disconnection is different when the store is located in a shopping center or in a separate building, or, for example, in a residential building.

“After all, a store in a shopping center depends on the energy system of the shopping center, and if the landlord has no other solution than to close the shopping center, then the networks are also forced to stand still. At the same time, in stores located in separate buildings or on the first floors of residential buildings, there is an opportunity to use diesel generators”, the association notes.

Restaurants have shortened their menus

Restaurateurs also have no fewer problems. As Olga Nasonova, director of “Restaurant Consulting”, tells UBR.ua, the lack of electricity is only one of the challenges for the restaurant business. “The fact is that, starting from October 10, from the moment of the terrible “arrivals”, the number of visitors to restaurants in Kyiv dropped by half. First of all, the establishments in the center felt it strongly. Then the attacks on the infrastructure began, so the problem of electricity was added. As a result, a drop business at least twice”, Nasonova told UBR.ua.

Another acute problem is the spoilage of products. It affected those who do not have powerful freezers that can withstand 8-10 hours. And not everyone has them. “That’s why many restaurateurs try not to keep large food stocks. Because of this, everyone’s menu has been reduced. They buy products to last a day”, says Nasonova.

According to her, things are going worst at those institutions that work with SECs. And the easiest to handle the situation were small establishments: MAFs, coffee shops, shawarma stalls, which either bought generators or cook food on coal. “Bars cope well with a blackout. They practically don’t cook anything, instead, in the dark, people consume alcoholic beverages more actively. Plus, some bars are located in basements, and they can work during an emergency”, Nasonova told us. If earlier 95% of payments were by card, today 40% is cash.

Olesya Ostafieva, the co-founder of the capital witch-bar “Lysa Gora”, told UBR.ua that her establishment also purchased a backup generator and is ready to receive people at any working time. But the number of visitors decreased. “We work from 3:00 p.m. to 10:00 p.m. At this time, the light did not go out. But there were water interruptions. We have a supply of drinking water for these purposes. In case of a power outage at the beginning of the shift, all our cooks make preparations for snacks that can be served even without light, that is, if the light goes out, we will be able to feed people with something, and we can still serve cocktails, because we are a bar,” Ostafiyeva says.

She also noted that bar attendance has recently become very dependent on the background of the news. “And as soon as something happens, the cancellations start immediately. On Halloween Monday, we had a long line and a waiting list. But we had three big companies canceling at once, and they couldn’t even warn us that they wouldn’t be. There were because of communication and the Internet problems, they couldn’t even send a message”, Ostafiyeva says.

As a result, all this is reflected in the bargain. “If we talk about the numbers, then compared to September, on certain days the drop in sales is 60%. Interestingly, cash has increased in the payment structure. If earlier 95% of payments were by card, today 40% is cash. People are already frightened by the fact that without light, the terminals do not work, and they started walking with cash. And this makes a certain sense. Although we have generators bought long ago for such cases, it happens that the possibility of payment hangs at the system level. And, by the way, we have the last sometimes, in principle, there were more problems with the terminal. It began to hang more often”, Ostafieva tells UBR.ua.

She also said visitors have found it harder to find their bar due to dark streets and no signage. And the police do not allow “extra” lights to be turned on.

“Because of the dark in the streets, it became difficult for many visitors to find us. We somehow decided to turn on the lighting on the sign. But the police immediately came and asked us to turn it off”, says Ostafiyeva.

SECs note an influx of visitors

As for shopping and entertainment centers, the situation is currently heterogeneous. Some SECs partially continue to operate, providing light in common areas. And some, as before, are completely closed during power outages. As Evgenia Loktionova, director of the consulting company UTG (manages the capital SECs as Lavina Mall, Globus, Ocean Plaza, “Darynok”, etc.) told UBR.ua, the larger the object, the more difficult it is to provide it with energy.

“However, almost all SECs solve this issue as much as possible and try to connect the maximum number of tenants. The SEC is a single system. That’s why the SEC’s administration places and connects the generators. Then the tenants will connect”, says Loktionova.

She did not specify the principle by which candidates for electricity supply are selected. However, such lists can be seen in the majority of workers during a shopping center blackout. These are usually large anchor tenants. “Of course, they are not the majority yet. But nothing is impossible. Therefore, I repeat, today all SECs are working on placing generators to support the work of the maximum number of tenants. This is a global issue”, said Loktionova.

As for attendance, there is a very interesting trend of an increase in visitors during blackouts. “We have not conducted such research yet. However, according to my personal feeling, it is increasing. After all, if there is electricity and the Internet in the mall, then people begin to migrate there. Often with laptops for work. We will definitely conduct such calculations”, says Loktionova.

Boutiques are learning to work without cash registers

And while shopping centers buy generators, entrepreneurs do not stand aside and try to solve problems as best they can. According to the general director of KarKat Fashion (which develops the Women’Secret, Springfield, Pedro del Hierro brands in Ukraine) Ihor Zabulonskyi, if we are talking about SECs, then for the operation of boutiques, the shopping center administration needs to at least provide light to common areas.

“For our part, we purchase uninterruptible power supplies in order to put minimal stress on cash registers and at least carry out sales. There is also a mobile application that makes it possible to trade without a terminal at all. Now we are studying all these issues”, says UBR.ua Zabulonskyi.

Trade will be settled in 2-3 weeks

Also, according to him, work is ongoing in boutiques to install lighting elements that will allow customers to comfortably visit stores even during power outages. “We also bought battery-powered lanterns and hang them near the fitting rooms and cash registers. That is, in principle, we are ready to create an intimate, romantic atmosphere so that customers can choose, try on and pay for goods. But, I repeat, this is only in those SECs that can make at least galleries work. Currently, there are only a few such SECs. But everyone is actively working on it”, Zabulonskyi told UBR.ua.

It will be possible to see the first results of the transition to uninterrupted power systems in just a few weeks. Now, as Zabulonskyi tells UBR.ua, this process is complicated by a huge shortage of equipment related to the generation and storage of electricity, as well as certain bureaucratic procedures.

“First, the equipment needs to be found, then installed, and since it is powerful equipment, additional documents need to be drawn up. That is, it cannot be done by waving a magic wand. But I think it will take another week or two and almost all shopping centers will be ready for this”, Zabulonskyi told UBR.ua.