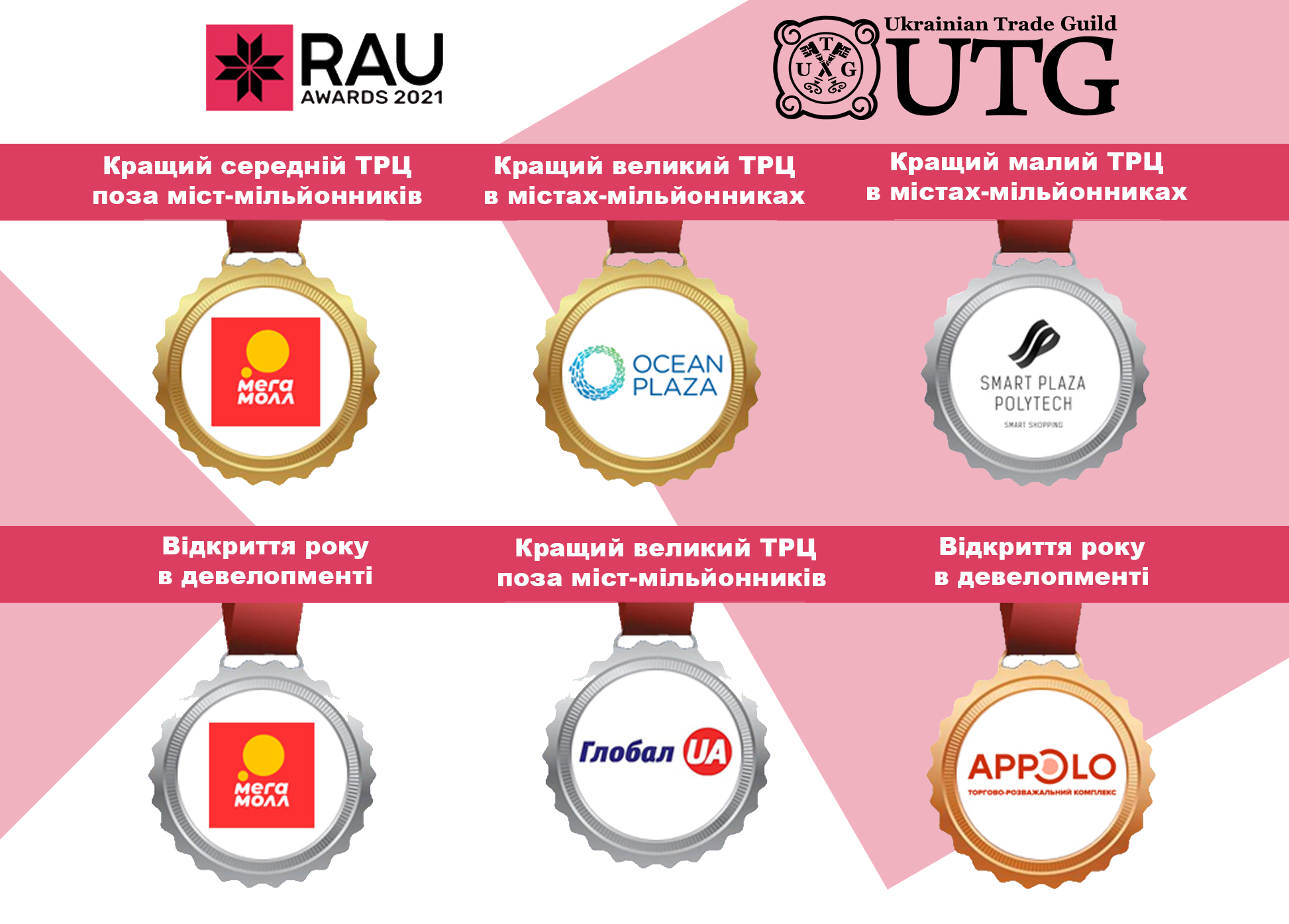 On September 10, the RAU Awards 2021 ceremony was held. The objects created with the participation of UTG won 6 awards: 2 gold, 3 silver and 1 bronze. The organizer was the Retail Association of Ukraine.

Ocean Plaza shopping center was awarded the title of the best in the category “Best Large shopping and entertainment center in million-plus cities”. UTG is the author of the concept of the shopping center and also acts as a project consultant.

Another 2 silver was awarded to the SEC, created according to the concept and with the exclusive brokerage of the company: Smart Plaza Polytech (Kyiv) in the nomination “The best small SEC in million-plus cities” and SEC “Global UA” (Zhytomyr) in the nomination “The best large SEC outside the million-plus cities”. The APPOLO shopping and entertainment center (Dnipro) also won bronze in the category “Opening of the Year in Development”.

“We congratulate all UTG partners on the received awards, thank you for their trust and long-term cooperation. The success of our projects and their recognition by market experts confirms the quality of our work and UTG’s leadership in the market”, – comments Yevgenia Loktionova, UTG Director.