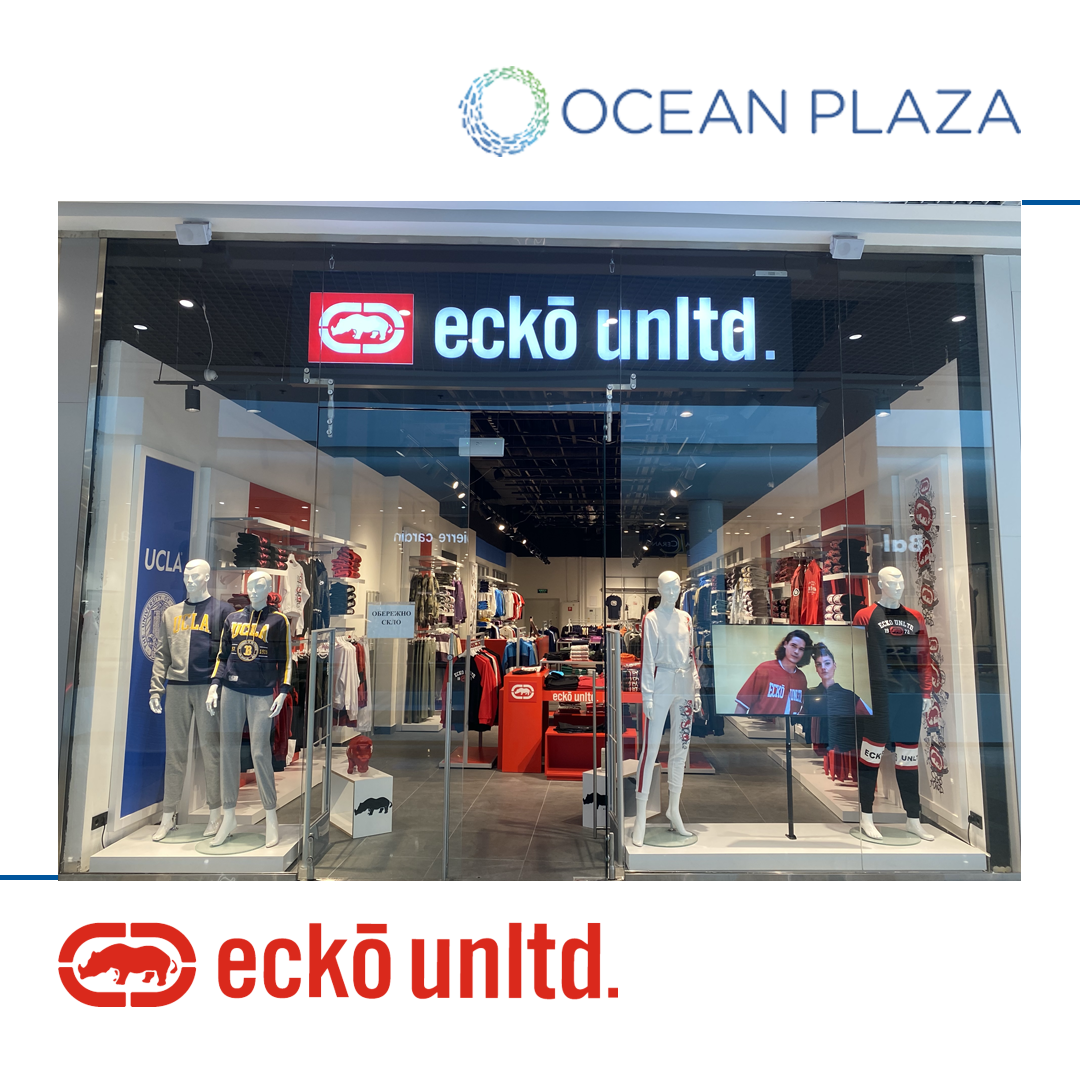 The American brand Ecko Unltd has opened a mono-brand store in the Ocean Plaza shopping center. The design is made in a concept that is unique for Ukraine and conveys 100% the brand’s style. The store with an area of ​​157 m2 is presented on the first floor of the mall. The official opening took place on October 2.

Ecko Unltd is an American streetwear brand named after its founder, Mark Eco. Known for its disruptive marketing, Eckō Unltd claimed star status in the late 1990s and became a household name often associated with hip-hop and skate culture. Eckō Unltd evolved quickly and moved into the mainstream urban culture in the early 2000’s. The Eckō Unltd consumer is a loyal Eckō fan who is interested in graffiti, music, sports, fashion and challenging the status quo.

A distinctive feature of the products is the style based on graffiti. Eckō Unltd has over 400 workable graphics which can be used across all categories.

The brand is represented in more than 6000 points of sale around the world. In Ukraine, the company’s stores are located in two cities – Kyiv and Kharkov.

The store will feature two American brands: Ecko Unltd and Ucla. The range of the brand consists of tracksuits, sweatshirts, T-shirts, shirts, knitwear, chinos, jeans, outerwear for men and women, as well as an accessory group.